Soccer Mommy is a real-life band that consists of Graeme, Julian, Rodrigo, Rollum, and Sophie. The band collaborated with Club Penguin Rewritten and performed a concert on April 16, 2020 at the Concert Hall to promote their album Color Theory. During the concert, players could obtain a free item from each of the band members' Player Cards.

After the concert, the band held a live q&a at the Concert Backstage with Stu.

Sophie's Player Card.
Add a photo to this gallery 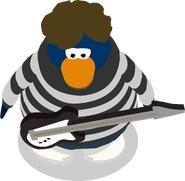 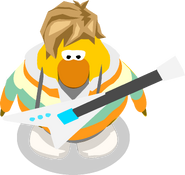 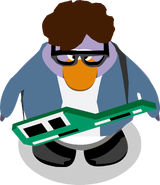 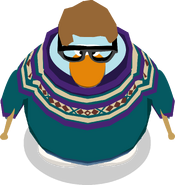 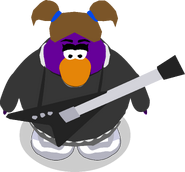 Sophie in-game.
Add a photo to this gallery 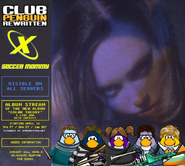 As seen in a promotional for the Soccer Mommy Concert.

As seen in the What's New Blog.
Add a photo to this gallery
Retrieved from "https://club-penguin-rewritten.fandom.com/wiki/Soccer_Mommy?oldid=202819"
Community content is available under CC-BY-SA unless otherwise noted.