Scorn the Dragon King is an evil dragon king who is the main antagonist of the Medieval Party 2018. Long ago, he used to rule over the Sky Kingdom and Club Penguin Island, but he was defeated by a group of brave heroes with the Thunder Blade.

In 2018, Scorn's darkness had returned to take back the island. Gary took precautions and attempted to ready heroes to do battle with the beast. When the party began, Scorn cursed half the island, and heroes had to collect three magical items (the Fairy Branch, the Spheres of Twilight and the Cursed Stones) to destroy the monster. After claiming the items, they journeyed all the way up to the Mountain of Misery, and battled against him in Scorn Battle.

During the Medieval Party 2020, players are transported back to the medieval era and must face Scorn and the Dragon Queen once more to prevent the island from heading into disaster. 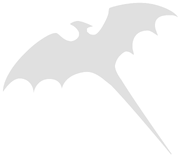 The mysterious shadow flying above the island during the construction of the Medieval Party 2018.

Scorn being obliterated.
Add a photo to this gallery
Retrieved from "https://club-penguin-rewritten.fandom.com/wiki/Scorn_the_Dragon_King?oldid=210663"
Community content is available under CC-BY-SA unless otherwise noted.