The Rare Mullet (also known as the Grey Mullet) is a species of Fish in Club Penguin Rewritten. The Rare Mullet can be caught in the game Ice Fishing after the July 2017 revamp of the game. It is very rare, and therefore extremely difficult to catch, due to the very low chance of appearing.

A rare mullet caught by a penguin. 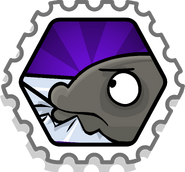 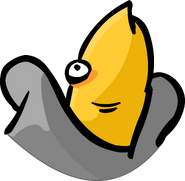 Unused sprite of the rare mullet's mouth peaking out of the ice.

Unused sprite of the rare mullet coming out of the ice.
Add a photo to this gallery
Retrieved from "https://club-penguin-rewritten.fandom.com/wiki/Rare_Mullet?oldid=198484"
Community content is available under CC-BY-SA unless otherwise noted.