Quest for the Golden Puffle

Two explorers named Alaska and Yukon are looking for a golden puffle.

Quest for the Golden Puffle is a stage play in Club Penguin Rewritten. It first premiered in April 2017. It is about two adventurers, Alaska and Yukon, and their search through the pyramid of King Ra-Ra to find the legendary golden puffle.

Each play at the Stage comes with a Costume Trunk catalog. 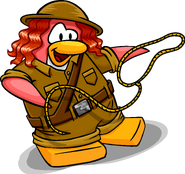 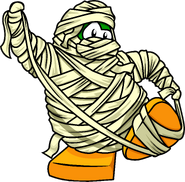 Boris The Mummy
Add a photo to this gallery

Retrieved from "https://club-penguin-rewritten.fandom.com/wiki/Quest_for_the_Golden_Puffle?oldid=202012"
Community content is available under CC-BY-SA unless otherwise noted.