Ocean Blue (formerly known as Old Blue) is a color in Club Penguin Rewritten. It could be obtained by using the code '1MILLION'. It can also be obtained by creating an account and chosing it as your color. It also costs 20 coins in the Penguin Style catalog. 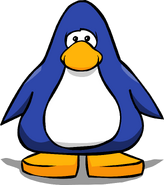 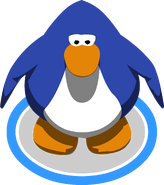 When creating a penguin. 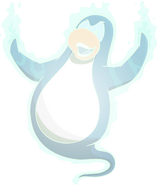 As a ghost during the Halloween Party 2018 on a player card. 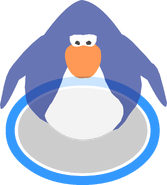 As a ghost during the Halloween Party 2018 in-game.

Two Ocean Blue penguins in the end of Sled Racing.

Ocean Blue penguin on the front of The F.I.S.H.

The clapping Ocean Blue penguin at the end of Sled Racing.

Retrieved from "https://club-penguin-rewritten.fandom.com/wiki/Ocean_Blue?oldid=175686"
Community content is available under CC-BY-SA unless otherwise noted.