The party was originally planned to be more simple, but when Rockhopper came with his quest to build a new Shipwreck Beacon on Shipwreck Island, everyone was eager to help him out. Along with the quest, a strong theme was in play on the island, which was Pirates vs Captains. They clashed all throughout the island, including the boat battle Ships room.

A week into the party, more Treasure Hunt boxes were added at the Cove and Ski Village, as well as an updated version of the Adventure Catalog.

Two weeks prior to the party, the old Shipwreck Beacon at Shipwreck Island was destroyed in a lightning storm after being decayed for so long, and it was no longer deemed safe to pass that area. Rockhopper noticed this, and sent a letter via bottle to Gary, requesting for him to upgrade and enhance his ship to be stronger and faster when he arrived back on the island.

A week later when he arrived, Rockhopper arrived with many rare plants on the Migrator for the party. He announced he would be needing a crew soon for a special quest. The following week after that, construction begun on the island, and the Migrator went under upgrades. By the time it was finished, the whole island had turned into a tropical paradise, and the quest begun.

Rockhopper instructed penguins to collect new parts for the new Shipwreck Beacon from the Swashbuckler Trading Post and Dinosaur Island. Whilst there, penguins could also purchase items from the catalogs. When both of the items were obtained, he then instructed penguins to set up the new Shipwreck Beacon on Shipwreck Island, and explore the surrounding area for any treasure. From there, penguins could find an old Viking area known as the Viking Hall.

Login Screen #4
Add a photo to this gallery

Pirate Ship
Add a photo to this gallery

Viking Hall
Add a photo to this gallery

Docked at the Beach

Sailing back to the Beach (after quest completed)

The poster for Rockhopper's Quest.

The Map during the party.

The Quest map.
Add a photo to this gallery 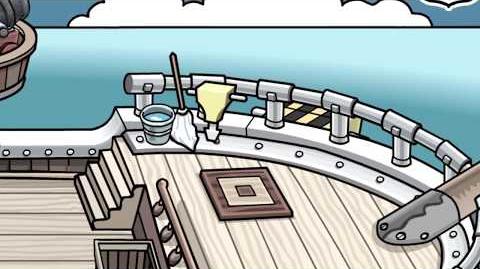 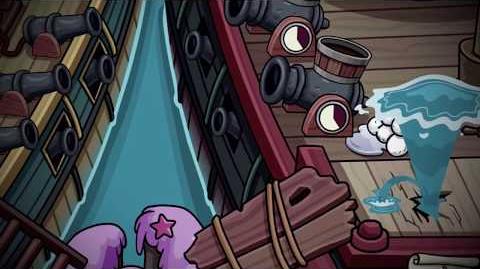 Retrieved from "https://club-penguin-rewritten.fandom.com/wiki/Island_Adventure_Party:_Rockhopper%27s_Quest?oldid=181797"
Community content is available under CC-BY-SA unless otherwise noted.