Devcast is a live podcast hosted on Stu's YouTube channel by the staff team. It provides an opportunity to hang out with some staff members from Club Penguin Rewritten and ask away your questions to the team. Card-Jitsu code giveaways and sneak peeks are sometimes shared on the live stream.

Sometimes, devcasts can be associated be with a certain cause that is relevant and ongoing in real life. Such devcasts usually allow players to donate money to an associated organization to raise funds and awareness. Players who donate during the devcast will receive a Treasure Book code as a gift in return.

The first devcast was streamed on September 23, 2018. It was not associated with charity.

The second devcast was hosted on October 24, 2018. It was a charity stream for the Make a Wish Foundation. Former Club Penguin moderator and artist Screenhog joined in as a special guest. By the time the stream ended, over £1,250 was raised.[1][2] Within one day, the amount of money raised had increased to £2,166.81.[3]

A fourth devcast was hosted on January 16, 2020.[5] It was a charity stream to show support for those in the situation of the Australian wildfires. The community had raised £5,280.62 overall, which was donated to the Australian Wildfire Relief Fund run by GlobalGiving.[6] A new Treasure Book was released along with this devcast. Players who donated were rewarded with a Treasure Book code.

A fifth devcast was hosted on March 30, 2020, in remembrance of the closure of Club Penguin in March 2017. Screenhog returned as a special guest.[7] The stream was a charity stream for the Marie Curie charity.[8] The community had raised £2,211.54 overall. Players who donated were rewarded with a Treasure Book code.

A sixth devcast happened on April 24, 2020 in support of medical workers from the National Health Service of the United Kingdom during the COVID-19 pandemic.[9] £2,215 was raised in total.[10]

The old logo.
Add a photo to this gallery 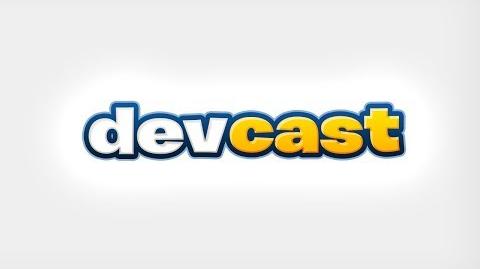 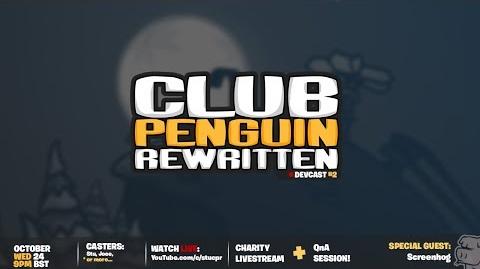 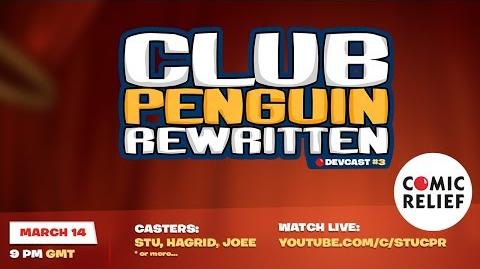 Retrieved from "https://club-penguin-rewritten.fandom.com/wiki/Devcast?oldid=198722"
Community content is available under CC-BY-SA unless otherwise noted.