Clam Waters is part of the ocean surrounding Club Penguin Rewritten that players visit in the first level of Aqua Grabber. It is also the name of the sea to the island's west, near the Beach. This is where most clams are found. Players have to get an enormous pearl known as the Grand Pearl from the Giant Clam. There are other clams too, one of which is holding a black pearl, the rare treasure. 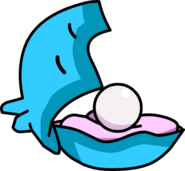 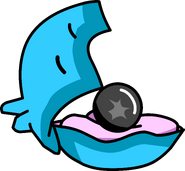 Clam holding a black pearl
Add a photo to this gallery
Retrieved from "https://club-penguin-rewritten.fandom.com/wiki/Clam_Waters?oldid=166783"
Community content is available under CC-BY-SA unless otherwise noted.