Card-Jitsu Fire is a multiplayer game in Club Penguin Rewritten, accessible from the Fire Dojo. It was released on December 6, 2018. It is a sequel to the original Card-Jitsu.

On July 17, 2019, an update was released to fix several issues players had been experiencing with the game.

All players start with 6 energy points. In your turn, you need to click one of the 6 inner stones which are facing down. Clicking one of the stones will flip all 6 stones, each revealing a number from 1 to 6. However, the number marked on the inner stones is random. The number selected determines how many spaces you need to move, whether left or right. After choosing the number, two of the outer tiles will glow yellow. You will have to choose one of them.

Tiles either mark a fire, water or snow element. If you land on a fire element, all players must play a card with the fire element. The same applies when landing on a water or snow element. If you win, you will neither gain nor lose an energy point. However, if you lose, you will lose one energy point. If none of your cards match the required element for the battle, you are allowed to play any card. But this means you will lose one energy point, regardless of the card you choose.

The two tiles at the 3 o'clock and 9 o'clock positions of the playing area mark all three elements at once. If you land on either of these, you get to choose the element that all players must play. The two space at the 12 o'clock and 6 o'clock positions are marked with two cards faced down. If you land on either o these, you will have to play an original Card-Jitsu match with a player of your choice. Fire beats snow, snow beats water and water beats fire. If two cards are of the same element, the card with the highest value wins. These rules apply to the Card-Jitsu battle. Power card effects do not work in the Card-Jitsu battle.

Another way of playing the Card-Jitsu battle is by landing on a tile being occupied by a player. You will have to play with that player. If you land on a tile being occupied by 2 or 3 players, you have to choose which player to play against. If you win a Card-Jitsu battle, you will gain one energy point. If you lose, you will lose one energy point.

In the game, the player earns parts of a Fire Suit, unlike in Card-Jitsu, where the player would earn belts.

Once the player has earned all four parts of the Fire Suit, they will be able to challenge Sensei. Defeating Sensei will earn the player the Fire Gem for their Amulet.

Fire Gem (part of Amulet)
Add a photo to this gallery

The Fire Booster Deck which you get when speaking to Sensei.

The Fire Suit chart found on the Fire Dojo wall.

A complete Fire Suit.
Add a photo to this gallery

A sneek peek posted by stu on the What's New Blog.
Add a photo to this gallery

Login screen.
Add a photo to this gallery 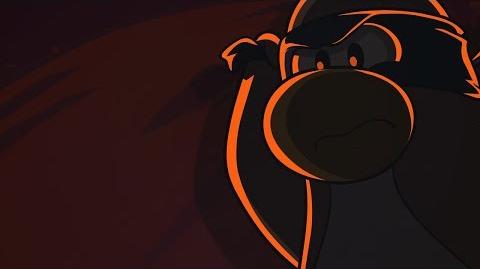 Club Penguin Rewritten Card-Jitsu Fire OUT NOW!
Add a photo to this gallery

Retrieved from "https://club-penguin-rewritten.fandom.com/wiki/Card-Jitsu_Fire?oldid=201094"
Community content is available under CC-BY-SA unless otherwise noted.